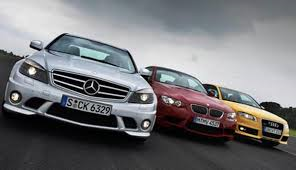 Please be alert to suspicious activity at homes or addresses with high powered vehicles such as BMW’s, Audi’s, Volkswagon’s, and Mercedes. Burglaries are being committed to obtain vehicle keys as improved security means that these vehicles are more difficult to steal without a key.
In South Cambridgeshire, there have been offences in Horningsea overnight 06/06/2017 – 07/06/2017 where two vehicles were stolen and later recovered in Teversham due to trackers being fitted to the cars, and Caxton 28/06/2017 where a BMW was stolen and later used to commit offences in London. There was also an attempted theft of two high powered vehicles in Bourn 30/06/2017 the homeowner disturbed two males at the address who fled the scene.
We are encouraging residents to remain vigilant during the day, lookout for any unusual people or vehicles paying attention to the driveway of a house where a desirable car is parked, even if it is not there at the time, similarly late at night, if you are coming or going be on the lookout for unusual activity.
Owners of high value, desirable cars are advised to take extra precautions:-
• Never leave vehicle or other keys in open view of your letterbox or ground floor window where a potential offender could easily access them by fishing them out with a device, consider installing a cage or security device to keep the letterbox secure.
• Always lock windows and doors.
• Fit a steering wheel lock / or aftermarket security device
• Aggravated burglary is rare in Cambridgeshire, but if the thief is persistent enough to break in, it’s best they take the keys and leave. The safety and protection of people should always come first.
• If you have a secure garage you can park your car in overnight, do use it.
• Set burglar alarms and any other security devices you have installed, consider a driveway alarm to give you early warning of someone approaching on your drive.
• Consider fitting a tracking device, if your car is stolen there is a greater chance of it being traced.
• Be alert to who is around and where your keys are
Report suspicious activity or interest in these types of vehicles to police on 101, or 999 in an emergency. Without putting yourself at risk, try to obtain a description of anyone you saw, and registration numbers of vehicles this can be passed on to police to aid investigation.
Criminal activity can also be reported to Crimestoppers anonymously on 0800 555 111.